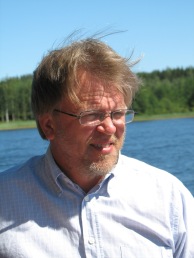 Veli-Pekka Niitamo Prize for best academic contribution for the ENoLL Summer School has been established in memory of Veli-Pekka ‘Vellu’ Niitamo, the Father of the Living Lab movement, long standing member of the ENoLL Council and one of the founding members of the ENoLL Association.

This prize will be given to one of the papers presented at the Research Day during the proceedings of the 5th ENoLL Summer School. The prize will be awarded based upon the initial reviewers marks but we are also opening the vote, in a co-creation manner, for all the participants of the summit to decide and vote for what they consider to be the best paper. You will be able to find all of the papers on the USB stick that will be provided at registration and you will be able to vote via this page during the summit itself.

Veli-Pekka Niitamo was a member of ENoLL Council for many years and as one of the founding members of the association, contributing actively to ENoLL meetings and policy work. He passed away in December 2012 and this prize has been set up in memory of the great work he did and the contributions he made.

No incoming links found yet.